What you’ll learn to do: discuss the advantages and disadvantages of franchises

For aspiring business owners who lack the time, vision, or resources to start from scratch, franchising is a viable alternative. Everyone is familiar with franchises—many industries such as fast food are almost wholly comprised of franchises. As appealing as it may seem, there are still risks to franchising for both the franchisor and franchisee. 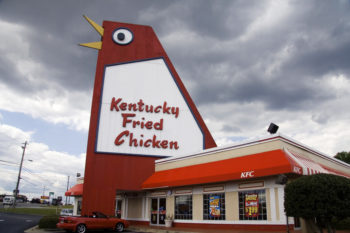 The United States is a leader in franchising, a position it has held since the 1930s when it used the approach for fast-food restaurants, food inns, and, slightly later, motels during the time of the Great Depression. Today, the world’s largest franchise chains are U.S. companies:

The decision to purchase a franchise involves many factors, including how much you can afford to invest, what abilities you have, and what your goals are. Before you decide to purchase a franchise, it’s important to do thorough research. You could lose a significant amount of money if you don’t investigate a business carefully before you buy. By law, franchisors must disclose certain information about their business to potential buyers. Make sure you get all the information you need first before entering into this form of business.

The following strategies can help you gain a solid understanding of what to expect as well as the risks that could be involved:

The taxation of a franchise depends on the underlying form of ownership. Generally franchises are required by the franchisor to be established as a corporation or LLC. Ultimately, the franchise agreement governs this, and individuals looking to purchase a franchise should scrutinize any agreements with regard to prescribed legal ownership structure.

Advantages for the Franchisor

Disadvantages for the Franchisor

Advantages for the Franchisee

Disadvantages for the Franchisee