What you’ll learn to do: describe the different HR management options for employee termination

In this section you’ll learn about the different options available to HR managers when they need to terminate employees.

Terminations can occur for a range of reasons, both voluntary and involuntary. The type of termination, however, determines the employee’s future relationship with the employer (or lack thereof). 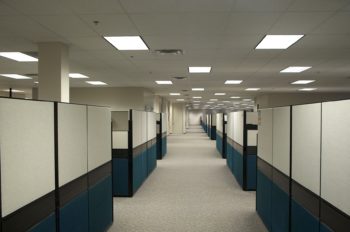 Being fired is usually thought to be the employee’s fault and considered to be dishonorable and a sign of failure. It can hinder the job seeker’s chances of finding new employment, particularly if the person has been fired from earlier jobs. Prospective employees don’t always include jobs they were fired from on their résumés. As a result, employers may view unexplained gaps in employment or an applicant’s refusal to provide references from previous employers as “red flags.”

A less severe form of involuntary termination is often referred to as a layoff. Usually a layoff isn’t strictly related to personal performance but is instead the result of economic cycles or the company’s need to restructure itself, the firm itself going out of business, or a change in the function of the employer. In a postmodern risk economy, such as that of the United States, a large proportion of workers may be laid off at some point in their life for reasons other than job competence or performance.

Layoffs may occur as a result of downsizing (a reduction in the size of the workforce) or redundancy (the view that certain posts aren’t needed). Such layoffs are not technically classified as firings; laid-off employees’ positions are terminated and not refilled, because either the company wishes to reduce its size or operations or otherwise lacks the economic stability to retain the position. In some cases, laid-off employees may be offered back their old positions with the firm, though by that time they may have moved on to a new job.

Some companies resort to attrition as a means of reducing their workforce. Under such a plan, the company doesn’t force anyone to leave, but those who depart voluntarily are not replaced. Sometimes companies give workers the option to resign in exchange for a fixed amount of money, typically a few years of their salary. The U.S. Government under President Bill Clinton in the 1990s and the Ford Motor Company in 2005 have both followed the practice of attrition.

Some terminations occur as a result of mutual agreement between the employer and employee. It may be a matter of debate as to whether such terminations are really mutual. In many of these cases, the employer wants the employee to quit but decides to offer a mutual-termination agreement in order to soften the firing (as in a forced resignation). There are also times when a termination date is agreed upon in an employment contract before the employment starts.

Firms that want an employee to leave of his or her own accord, but don’t wish to pursue firing, may degrade the employee’s working conditions, hoping that he or she will leave “voluntarily.” The employee may be moved to a different geographical location, assigned to an undesirable shift, given too few hours if part time, demoted, or assigned to work in uncomfortable conditions. Companies may use other forms of manipulation to force an employee’s resignation, often so they won’t have to fill out termination papers in jurisdictions without at-will employment. (At–will employment is a term used in U.S. labor law for contractual relationships in which an employee can be dismissed by an employer without warning and for any reason—without having to establish “just cause” for termination.) In addition, with a few exceptions, employees who leave voluntarily usually cannot collect unemployment benefits. Such tactics may amount to constructive dismissal, which is illegal in some jurisdictions.

In some cases, when an employee departed on good terms, he or she may be given special priority by the employer when seeking rehire. An employee may be terminated without prejudice, meaning that the fired employee may be rehired readily for the same or a similar job in the future. This is usually true in the case of a layoff. Conversely, a person can be terminated with prejudice, meaning that an employer will not rehire the former employee to a similar job in the future. This judgment can be made for a number of reasons including incompetence, misconduct, insubordination, or attitude.