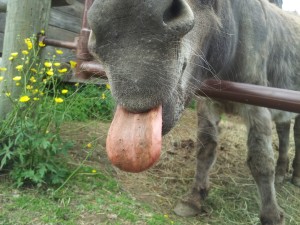 Have you ever heard the expression “stubborn as a mule” and heard it used to describe someone who won’t change their mind or way of doing things? What would it take to get such a mulish person to change, to work in a different way—say, more efficiently or effectively? Well, now that you have some motivational theories under your belt, you probably have some ideas. Being able to motivate people is obviously an invaluable skill—in business and in life—and it’s not surprising that the most effective leaders and managers are those who can inspire others to work hard and get things done.

At the beginning of this module you were asked what motivates you, how you motivate others, and which strategies have worked (or not worked) for you. Now that you have completed the module, reflect on your answers to those questions. Can you identify some of these motivational theories at work in your own motivations? Do you have a better understanding of where your own motivation comes from?

One last thought as we conclude the module. When you came up with your list of motivating factors, it was your list. What motivates you might not motivate the person working beside you. So, as you interact with people throughout your personal and professional life, keep in mind that motivation is highly variable. It doesn’t mean that the theories are wrong or completely irrelevant—it’s just that everyone, like you, is motivated by a different set of needs, wants, and aspirations, and you’ll need to understand those differences before creatively engaging with them. If you can, you’ll be well on your way to being an effective leader and achieving great things.

In this module you learned about motivation and how organizations can use motivation theory to achieve organizational goals and objectives. The following is a summary of the key points.

Conducted at the Western Electric Hawthorne Works plant in Cicero, Illinois, Elton Mayo and his colleagues attempted to apply Taylor’s process of scientific management by conducting experiments in the workplace. What resulted is a phenomenon known as the “Hawthorne effect,” which occurs when subjects being studied change their behavior simply because they are being observed and treated differently.

The first theories used to explain human motivation were need based. These theories proposed that people are mainly motivated by trying to meet certain needs and that if you can understand their needs, you can better motivate them. Among the need-based theories are Maslow’s hierarchy of needs, ERG theory, Herzberg’s two-factor theory, and McClelland’s acquired-needs theory.

Douglas McGregor theorized that worker motivation is closely linked to the way managers view and treat their workers and that all managers fall into one of two types—Theory X and Theory Y. Later, William Ouchi combined Eastern and Western management practices to develop Theory Z

Two methods of applying motivation theory in the workplace are job models and goal setting. Beyond these two applications, companies have become very aware of the way motivated employees impact organizational effectiveness and efficiency.