Completing a complex project successfully requires good communication among team members. If those team members work in the same building, they can arrange regular meetings, simply stop by each other’s office space to get a quick answer, or even discuss a project informally at other office functions. Many projects are performed by teams that interact primarily through electronic communication and are, therefore, called virtual teams (Business Dictionary, 2010). To avoid miscommunication that can harm trust and to include team members in a project culture, the project team needs a plan for communicating reliably and in a timely manner. This planning begins with understanding two major categories of communication.

The following are examples of synchronous communications: 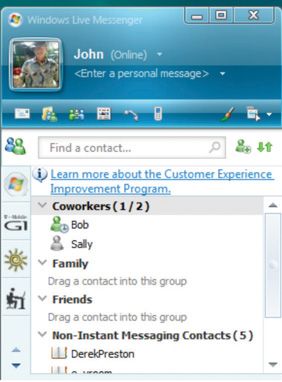 The worldwide communication network makes it possible to assemble project teams from anywhere in the world. Most people work during daylight hours, which can make synchronous meetings difficult if the participants are in different time zones, where they start, end, and take meal breaks at different times. It can be an advantage in some circumstances. For example, if something must be done by the start of business tomorrow, team members in Asia can work on the problem during their normal work hours while team members in North America get some sleep.

As the earth turns, the sun appears to move across the sky from east to west. Local noon occurs when the sun is at its highest position in the sky. Cities and countries to the north or south of each other all observe local noon at the same time. For example, noon in New York occurs at the same time as it does in Bogotá, Colombia, in South America. Be aware that many well-educated people in the United States think of South America as directly south of North America. As you can see in Figure 6.4 “World Time Zones”, most of South America is one or two time zones east of the United States.

Local time is compared to the time zone that is centered at the historically significant naval observatory at Greenwich, England. The time at that location is Greenwich Mean Time (GMT). More recent references use UT for Universal Time (UT) instead of GMT.

This means that there is a six-hour difference between New York and Paris. If the project manager waits until after lunch to place the call (1 p.m. in New York), it might be too late in the day in Paris (7 p.m.) to reach someone.