As will be explained in great detail by MATTHIAS OESCH in the Chapter on Constitutional Law,14 the Swiss federal state is defined by its three levels of government: the confederation, the cantons, and the communes.15 The confederation (der Bund) is the top level. It fulfils “the duties that are assigned to it by Federal Constitution” (Article 42 Constitution). Only tasks that the cantons are unable to perform or that need uniform regulation are allocated to the confederation (Article 43a Constitution). Article 2 of the Constitution of 1848 stated that the aim of the confederation was „to maintain the independence of the fatherland against foreign countries, and to maintain quiet and order within the country, the protection of the freedom and rights of the Swiss, and the advancement of their common welfare”.16 These aims remain unchanged today.17 The confederation is inter alia responsible for foreign relations, the military, social welfare, and trade and tariffs.

The Constitution of 1848 established the central institutions of the confederation according to the principle of separation of powers: the parliament as the legislator (Federal Assembly, 1.), the government as the executive (Federal Council, 2.), and the Federal Supreme Court as the judiciary (3.). Bern was designated as the “federal city” in 1848, prevailing over Zurich and Lucerne. The Federal Assembly and the Federal Council both have their seats in Bern.18 Thus, de facto Bern is the capital of Switzerland, although de iure it has never held that title. The Federal Supreme Court resides in Lausanne.19

As mentioned above, the founding fathers of the Swiss Federal State decided to respect the cultural, economic, and religious differences between the various cantons. Following the example of the Constitution of the United States of America they drew up a bicameral system for the Federal Assembly (Bundesversammlung) with the National Council (Nationalrat) acting as the “House of Representatives” and the Council of States (Ständerat) as the “Senate”. The Federal Assembly is the supreme authority of the confederation (Article 148 I Constitution).

The National Council is composed of 200 representatives of the people (Article 149 I Constitution). The cantons are proportionally represented according to their populations. The canton of Zurich, for example, gets to send 35 National Councillors to Bern, while Geneva sends 11 and Glarus sends only one. General elections are held every four years.20 In the media, the president of the National Council is often referred to as the highest ranking Swiss official. However, in the official order of precedence set by the department of foreign affairs, he or she only ranks at the fourth position, behind the president and vice-president of the Confederation and the other Federal Councillors.21 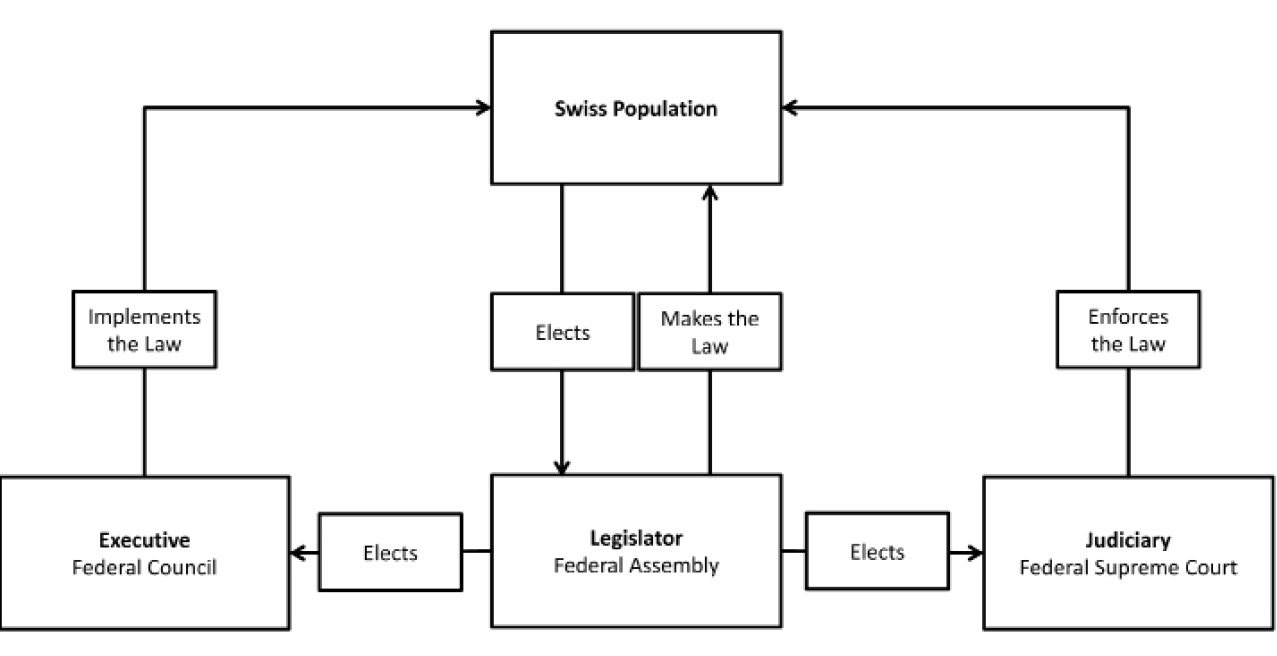 Figure 4: Separation of Powers in Switzerland

In the Council of States there are 46 representatives of the cantons (Article 150 I Constitution). 20 cantons get to appoint two delegates, while Obwalden, Nidwalden, Basel-Stadt, Basel-Landschaft, Appenzell Ausserrhoden and Appenzell Innerrhoden are only permitted to appoint one delegate. This is why these six cantons are commonly referred to as “half-cantons” or as cantons with a split vote in the Council of States.22

Both chambers are of equal standing (Article 148 II Constitution). The main legislative task of the Federal Assembly is to make federal laws. Its main electoral tasks are to appoint the Federal Councillors and the Supreme Court Justices.

Figure 5: The Official 2018 Photograph of the Federal Council25

Re-election of Federal Supreme Court Justices is possible and indeed standard. Historically, there have been only three cases in which Federal Supreme Court Justices who stood for re-election were unsuccessful. Both Justice ROBERT FAZY in 1942 and Justice HANS ULRICH WILLI in 1995 were not re-elected for reasons of age: FAZY was 70 years old, WILLI 68. Justice MARTIN SCHUBARTH was not re-elected on 5 December 1990 because another Justice had lobbied against him with the conservative parliamentarians, following SCHUBARTH’S involvement in initiating a fundamental change in judicial practice.28 However, the media then made this plot public and only one week later, the Federal Assembly reconsidered its own decision and confirmed the re-election. This case shows how problematic the need for re-election is in terms of judicial independence from politics. Another occasion where there was obvious interference with judicial impartiality occurred on 24 September 2014, when several members of the Federal Assembly chose not to give their votes for the re-election of all six Justices of one chamber of the Federal Supreme Court because they disagreed with the jurisprudence of this chamber.29

Today, Federal Supreme Court Justices may hold their office until the age of 68. As is the case for Federal Councillors, there is no possibility of impeachment. This situation came under attack when Justice MARTIN SCHUBARTH’S name reappeared in another incident: on 11 February 2003, Justice SCHUBARTH spat on a court reporter in the hallways of the Federal Supreme Court. The Federal Supreme Court itself – on questionable legal grounds – subsequently deprived Justice SCHUBARTH of his judicial duties and asked him to resign. A special commission of the Federal Assembly then – on equally shaky grounds – proposed to impeach him by a singularly applicable tailor-made federal decree. These events led to his resignation on 4 October 2003.

The Federal Supreme Court is composed of seven chambers, two dealing with matters of constitutional and public law, two with private law, one with criminal law, and two with social security. The first five chambers are located at the Supreme Court’s main seat in Lausanne, the two social law divisions reside in Lucerne. Considering the fact that the Federal Assembly and the Federal Council are both seated in Bern, for the judiciary there is not only an institutional but also a geographical separation of powers.

In terms of its second key task, the Federal Supreme Court deals with individual complaints regarding constitutional rights. One notable case was initiated after the Geneva school authorities forbade a Muslim teacher from wearing her headscarf during class. At the Federal Supreme Court, the teacher claimed a violation of her freedom of religion (Article 15 Constitution). The Court, stressing the religious neutrality of public schools, ruled that the prohibition was not unconstitutional.31 In 2017, the Federal Supreme Court decided 7’782 cases. Most of these cases (4’392) were decided by a panel of three Justices. In important cases or upon request of one Justice there was a panel of five Justices (661). Cases which are clearly inadmissible or manifestly ill-founded can be decided by one Justice (2’585). In every case, one Justice is charged with drawing up the judgment (Referent, juge rapporteur). Thus, on average each one of the 38 Justices is responsible for drafting 205 judgments per year, or almost one per working day. As well as this drafting responsibility, Justices have to decide more than one additional case per day where they are “merely” part of the panel. To manage this enormous workload, each Justice is supported by 3–4 law clerks. In most cases, Justices have the law clerk draft the judgment that is to be decided upon.

The proceedings at the Supreme Court are conducted almost entirely in writing. The parties hand in their written complaints. Although Article 57 of the Federal Supreme Court Act allows for a hearing to be ordered by the president of the chamber, the parties de facto never get to plead orally at the Court. The Court decides most cases by way of circulation. This means that the draft is circulated among the members of the panel. If everyone agrees then the judgment becomes final. However, if the Justices disagree, they must hold a public debate on the case. Thus, the “public hearings” that take place at the Supreme Court are not actual hearings, but public debates. There the Justices discuss the merits of the case in an open courtroom. Even the final vote on the judgment is a process open to the public. The rationale behind this – probably unique – practice is that Justices of the Swiss Federal Supreme Court are not permitted to publish their dissenting or concurring opinions: the public debate presents an alternative opportunity for them to utter such opinions.34 Such public sessions are in practice very rare. In 2016, a public debate and public pronouncement of the judgement only occurred in 78 of the 7811 cases, i.e. in less than 1 % of cases.

15See Title 3 of the Constitution (“Confederation, Cantons and Communes”).

17See Article 2 Constitution: “1 The Swiss Confederation shall protect the liberty and rights of the people and safeguard the independence and security of the country.” However, the scope of the aims has been broadened: “2 It shall promote the common welfare, sustainable development, internal cohesion and cultural diversity of the country. 3 It shall ensure the greatest possible equality of opportunity among its citizens. 4 It is committed to the long term preservation of natural resources and to a just and peaceful international order.”

20Article 149 Constitution – Composition and election of the National Council: “1 The National Council is composed of 200 representatives of the People. 2 The representatives are elected directly by the People according to a system of proportional representation. A general election is held every four years. 3 Each Canton constitutes an electoral constituency. 4 The seats are allocated to the Cantons according to their relative populations. Each Canton has at least one seat.”

21Protocol Regulations for the Swiss Confederation, approved by the Federal Council on 29 September 2017 (https://perma.cc/55U8-ZHGL), p. 11.

22According to Article 150 II Constitution “the Cantons of Obwalden, Nidwalden, Basel-Stadt, Basel-Landschaft, Appenzell Ausserrhoden and Appenzell Innerrhoden each elect one representative [they are so called ‘half-cantons’]; the other Cantons each elect two representatives.”

24There is only a very narrow exception: the Federal Assembly can declare a Federal Councillor unable to discharge the duties of office if “owing to serious health problem or other reasons that prevent him or her from returning to work, the person concerned is manifestly unable carry out his or her duties” (Article 140a Parliament Act).

28After three conservative justices had left the Federal Supreme Court, a generation of liberal justices had gained a majority, and the Federal Justice EDWIN WEYERMANN, a member of the Swiss People’s Party, found himself in the minority with his conservative views. Hence, he lobbied against Justice MARTIN SCHUBARTH among the conservative parliamentarians, which is why SCHUBARTH was not re-elected at first; see report of National Council 6 October 2003, p. 40 (https://perma.cc/UX8X-2H92).

29In re-elections Justices can receive a maximum of 246 votes, i.e. 200 votes by the National Councillors and 46 votes by the Coucillors of State. On 24 September 2014 the Justices of the II. Public Law Chamber were re-elected as follows: FLORENCE AUBRY GIRARDIN (party affiliation: the Greens, votes: 164), YVES DONZALLAZ (Swiss People‘s Party, 159), LORENZ KNEUBÜHLER (Swiss Social Democratic Party, 190), HANS GEORG SEILER (Swiss People‘s Party, 198), THOMAS STADELMANN (Christian Democratic Party, 167) and ANDREAS ZÜND (Swiss Social Democratic Party, 166). Allegedly, one of the reasons why these justices were denied so many votes at their re-election was their jurisprudence regarding (criminal) foreigners, e.g. BGE 139 I 16, where the Federal Supreme Court quashed a cantonal court‘s decision to have a drug dealer deported who originally stemmed from Mazedonia but had lived in Switzerland since the age of 7. This Supreme Court decision enraged a lot of parlamentarians because two years before, on 28 November 2010, a majority of the Swiss electorate had accepted a popular initiative to deport criminal foreigners.

34Historically, dissenting opinions were not provided for because the courts used to deliberate their verdicts publicly and had an open vote at the end of the deliberations. As previously mentioned, the Supreme Court continues to deliberate and vote on cases in open court up to this day. On the cantonal level, however, these open deliberations are vanishing for reasons of efficiency. It is this that has sparked a new debate over whether the publication of dissenting opinions ought to be allowed. The main – not very convincing – counter argument purported by opponents is that the publication of dissenting opinions undermines the authority of the courts.