Step 1: Determine the basis for allocating overhead or indirect costs. These can be anything a company decides but most common are direct labor cost, direct labor hours, direct material usage or machine hours.

Step 2: Calculated a predetermined overhead rate using estimates. This is typically calculated at the end of the year to be used during the following year. The formula we use for this is:

Step 3: Apply overhead throughout the period using the actual amount of our base and the predetermined overhead rate (POHR) calculated in step 2. We calculate this as:

This video will discuss the differences between the traditional costing method and activity based costing. A YouTube element has been excluded from this version of the text. You can view it online here: pb.libretexts.org/llmanagerialaccounting/?p=96

Activity-based costing requires accountants to use the following four steps:

The next section describes these four steps.

One of the lessons of activity-based costing has been that the more complex the business, the higher the indirect costs. Imagine that each month you produce 100,000 gallons of vanilla ice cream and your friend produces 100,000 gallons of 39 different flavors of ice cream. Further, assume your ice cream is sold only in one liter containers, while your friend sells ice cream in various containers. Your friend has more complicated ordering, storage, product testing (one of the more desirable jobs, nevertheless), and packing in containers. Your friend has more machine setups, too. Presumably, you can set the machinery to one setting to obtain the desired product quality and taste. Your friend has to set the machines each time a new flavor is produced. Although both of you produce the same total volume of ice cream, it is not hard to imagine that your friend’s overhead costs would be considerably higher.

In deciding which cost drivers to use, managers consider these three factors:

For step 3, we need to calculate the activity rates. These are calculated using the same formula for predetermined overhead rate (POHR) that we used for traditional costing. In general, predetermined rates for allocating indirect costs to products are computed as follows:

This formula applies to all indirect costs, whether manufacturing overhead, administrative costs, distribution costs, selling costs, or any other indirect cost.

Workers and machines perform activities on each product as it is produced. Accountants allocate costs to products by multiplying each activity’s indirect cost rate by the volume of activity used in making the product. The formula we will use for each activity is:

In using activity-based costing, the company identified four activities that were important cost drivers and a cost driver used to allocate overhead. These activities were (1) purchasing materials, (2) setting up machines when a new product was started, (3) inspecting products, and (4) operating machines.

Accountants estimated the overhead and the volume of events for each activity. For example, management estimated the company would purchase 100,000 pieces of materials that would require overhead costs of $200,000 for the year. These overhead costs included salaries of people to purchase, inspect, and store materials. Setting up machines for a new product would need 400 setups and overhead of $800,000. The company would have 4,000 inspections and overhead of $400,000. Finally, running machines would cost $600,000 for 20,000 machine hours.

These estimates were made last year and will be used during all of the current year. In practice, companies most frequently set rates for the entire year, although some set rates for shorter periods, such as a quarter.

For January, the High Challenge Company has the following information about the actual number of cost driver units for each of the two products:

Multiplying the actual activity events for each product times the predetermined rates computed earlier resulted in the overhead allocated to the two products:

Now we can compare the overhead allocated to the two product lines using the traditional method and activity-based costing, as follows:

Notice how the total overhead for the month of January is the same at $200,000 but the amount allocated to each product is different.

Here is a video example of activity based costing: 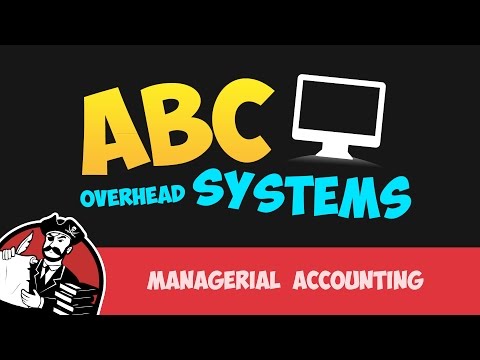 A YouTube element has been excluded from this version of the text. You can view it online here: pb.libretexts.org/llmanagerialaccounting/?p=96