Figure 22.4 Effect of IS curve instability 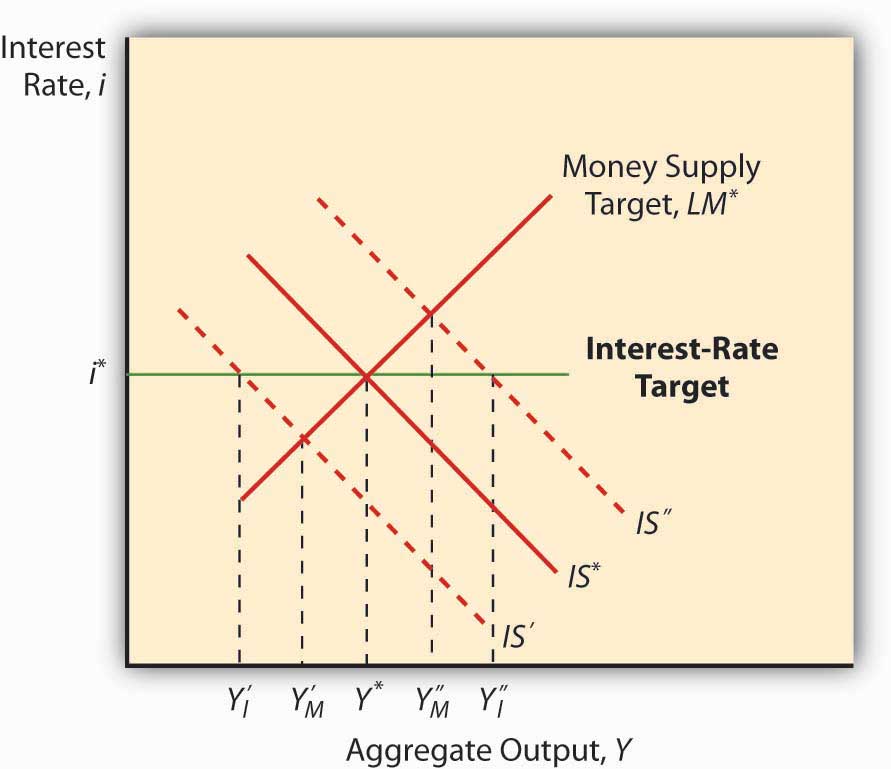 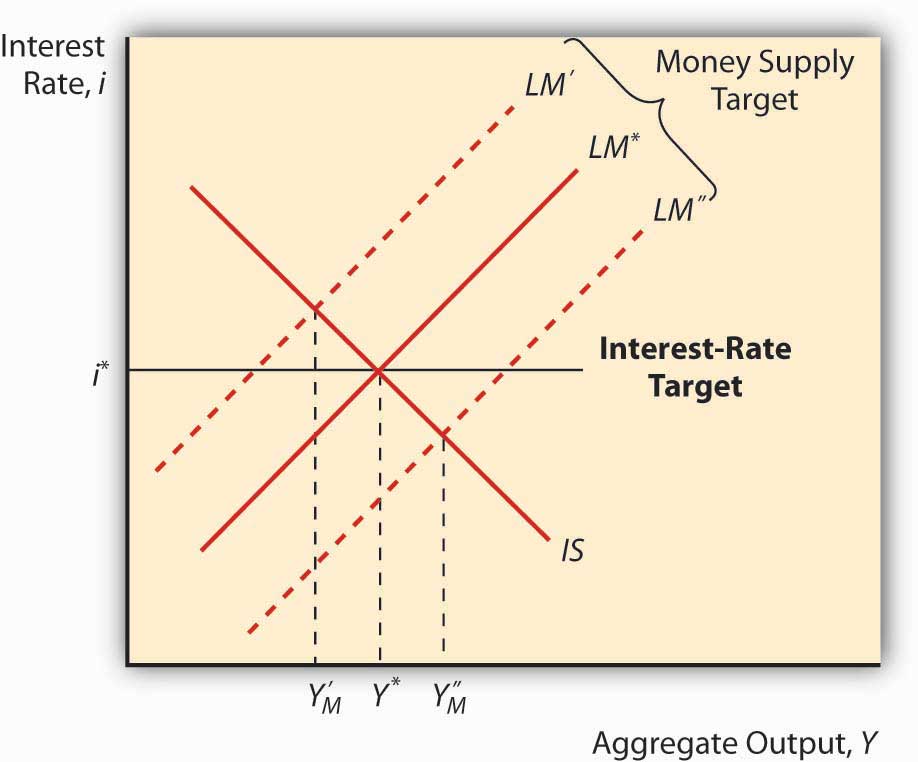 The IS curve is stated in real terms because it represents equilibrium in the goods market, the real part of the economy. Changes in the price level therefore do not affect C, I, G, T, or NX or the IS curve. The LM curve, however, is affected by changes in the price level, shifting to the left when prices rise and to the right when they fall. This is because, holding the nominal MS constant, rising prices decrease real money balances, which we know shifts the LM curve to the left.

So suppose an economy is in equilibrium at Ynrl, when some monetary stimulus in the form of an increased MS shifts the LM curve to the right. As noted above, in the short term, interest rates will come down and output will increase. But because Y* is greater than Ynrl, prices will rise, shifting the LM curve back to where it started, give or take. So output and the interest rate are the same but prices are higher. Economists call this long-run monetary neutrality.

Fiscal stimulus, as we saw above, shifts the IS curve to the right, increasing output but also the interest rate. Because Y* is greater than Ynrl, prices will rise and the LM curve will shift left, reducing output, increasing the interest rate higher still, and raising the price level! You just can’t win in the long run, in the sense that policymakers cannot make Y* exceed Ynrl. Rendering policymakers impotent did not win the IS-LM model many friends, so researchers began to develop a new model that relates the price level to aggregate output.

Under the gold standard (GS), money flows in and out of countries automatically, in response to changes in the price of international bills of exchange. From the standpoint of the IS-LM model, what is the problem with that aspect of the GS?

As noted above, decreases in MS lead to a leftward shift of the LM curve, leading to higher interest rates and lower output. Higher interest rates, in turn, could lead to a financial panic or a decrease in C or I, causing a shift left in the IS curve, further reducing output but relieving some of the pressure on i. (Note that NX would not be affected under the GS because the exchange rate was fixed, moving only within very tight bands, so a higher i would not cause the domestic currency to strengthen.)