Like other markets, the market for foreign exchange can be graphically modeled to help us visualize the action, as in Figure 18.8 "Equilibrium in the market for USD". There are a number of ways to do this, but perhaps the easiest is to plot the quantity of dollars on the horizontal and the exchange rate, stated in terms of foreign divided by domestic (say, yen or ¥/USD) on the vertical. The supply of dollar assets will be perfectly vertical, unchanged at every exchange rate. The demand for dollars, by contrast, will have the usual downward slope because, at higher exchange rates, fewer dollar assets will be demanded than at lower exchange rates. So at ¥120 to 1 USD, relatively few dollar-denominated assets will be demanded compared to only ¥100 or ¥80 per dollar. The intersection of the supply and demand curves will determine E*, which in this case is ¥100/$, and q*, which in this case is $100 billion.

Figure 18.8 Equilibrium in the market for USD 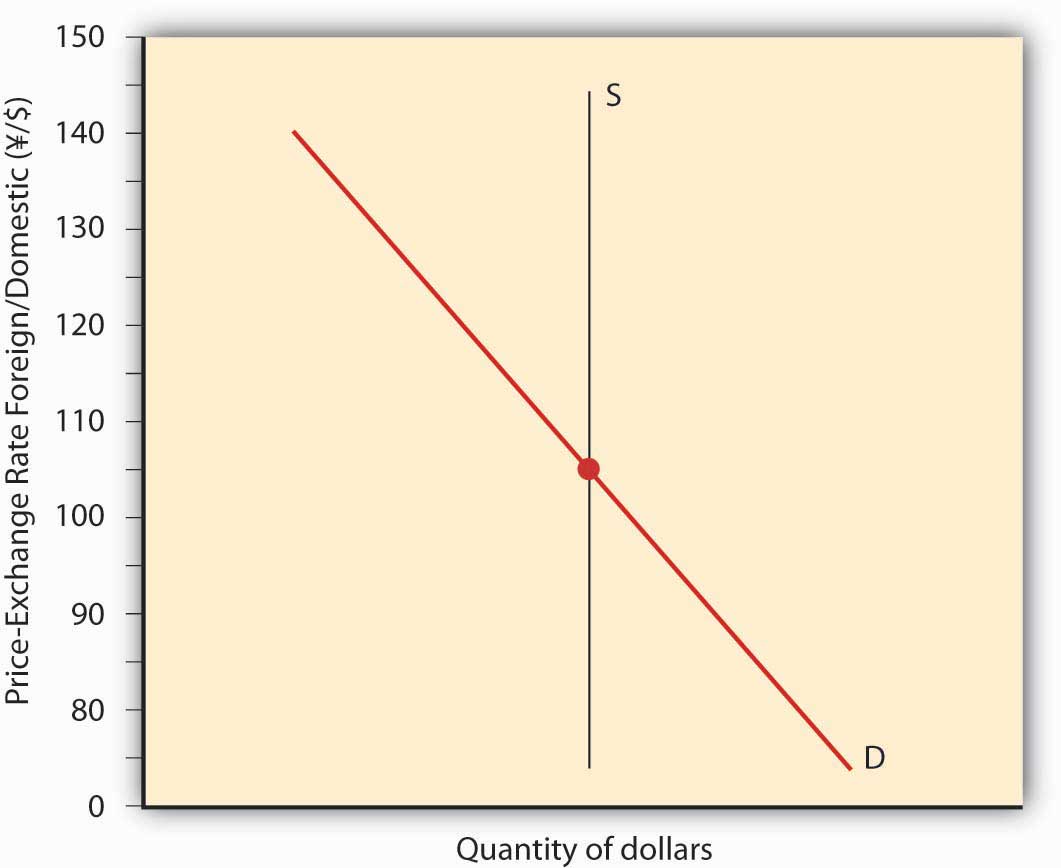 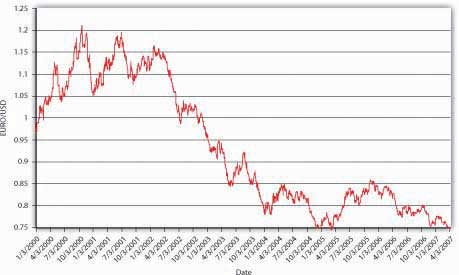 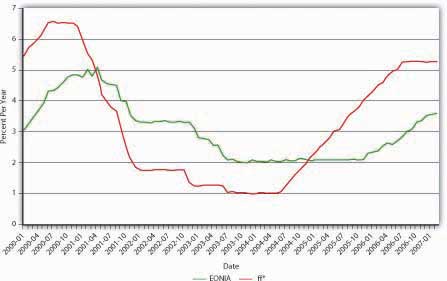 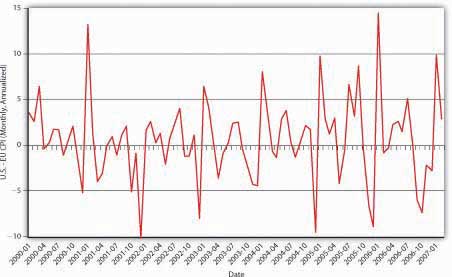