Competition keeps gross spreads (the difference between what borrowers pay for loans and what depositors receive) down, but it is also important because it drives bankers to adopt new technologies and search for ways to reduce the negative effects of volatility. It is not surprising, therefore, that as changing regulations, globalization, computerization, and unprecendented macroeconomic volatility rendered the U.S. financial system more competitive in the 1970s and 1980s, the pace of financial innovation increased dramatically. As Figure 10.1 "U.S. inflation rates, 1950–1989" shows, beginning in the late 1960s, inflation rose steadily and grew increasingly erratic. Not surprisingly, nominal interest rates rose as well, via the Fisher Equation. Interest rate risk, particularly rising interest rates, is one of the things that keeps bankers awake at night. They could not have slept much during the Great Inflation of 1968 to 1982, when the aggregate price level rose over 110 percent all told, more than any fifteen-year period before or since.

Bankers responded to the increased interest rate risk by inducing others to assume it. Bankers can use financial derivatives, like options, futures, and swaps, to hedge their interest rate risks. It is no coincidence that the modern revival of such markets occurred during the 1970s. Also in the 1970s, bankers began to make adjustable-rate mortgage loans. Traditionally, mortgages had been fixed rate. The borrower promised to pay, say, 6 percent over the entire fifteen-, twenty-, or thirty-year term of the loan. Fixed-rate loans were great for banks when interest rates declined (or stayed the same). But when rates rose, banks got stuck with long-term assets that earned well below what they had to pay for their short-term liabilities. One solution was to get borrowers to take on the risk by inducing them to promise to pay some market rate, like the six-month Treasury rate, plus 2, 3, 4, or 5 percent. That way, when interest rates rise, the borrower has to pay more to the bank, helping it with its gap problem. Of course, when rates decrease, the borrower pays less to the bank. The key is to realize that with adjustable-rate loans, interest rate risk, as well as reward, falls on the borrower, rather than the bank. To induce borrowers to take on that risk, banks must offer them a more attractive (lower) interest rate than on fixed-rate mortgages. Fixed-rate mortgages remain popular, however, because many people don’t like the risk of possibly paying higher rates in the future. Furthermore, if their mortgages contain no prepayment penalty clause (and most don’t), borrowers know that they can take advantage of lower interest rates by refinancing—getting a new loan at the current, lower rate and using the proceeds to pay off the higher-rate loan. Due to the high transaction costs (“closing costs” like loan application fees, appraisal costs, title insurance, and so forth) associated with home mortgage re-fis, however, interest rates must decline more than a little bit before it is worthwhile to do one.www.bankrate.com/brm/calc_vml/refi/refi.asp 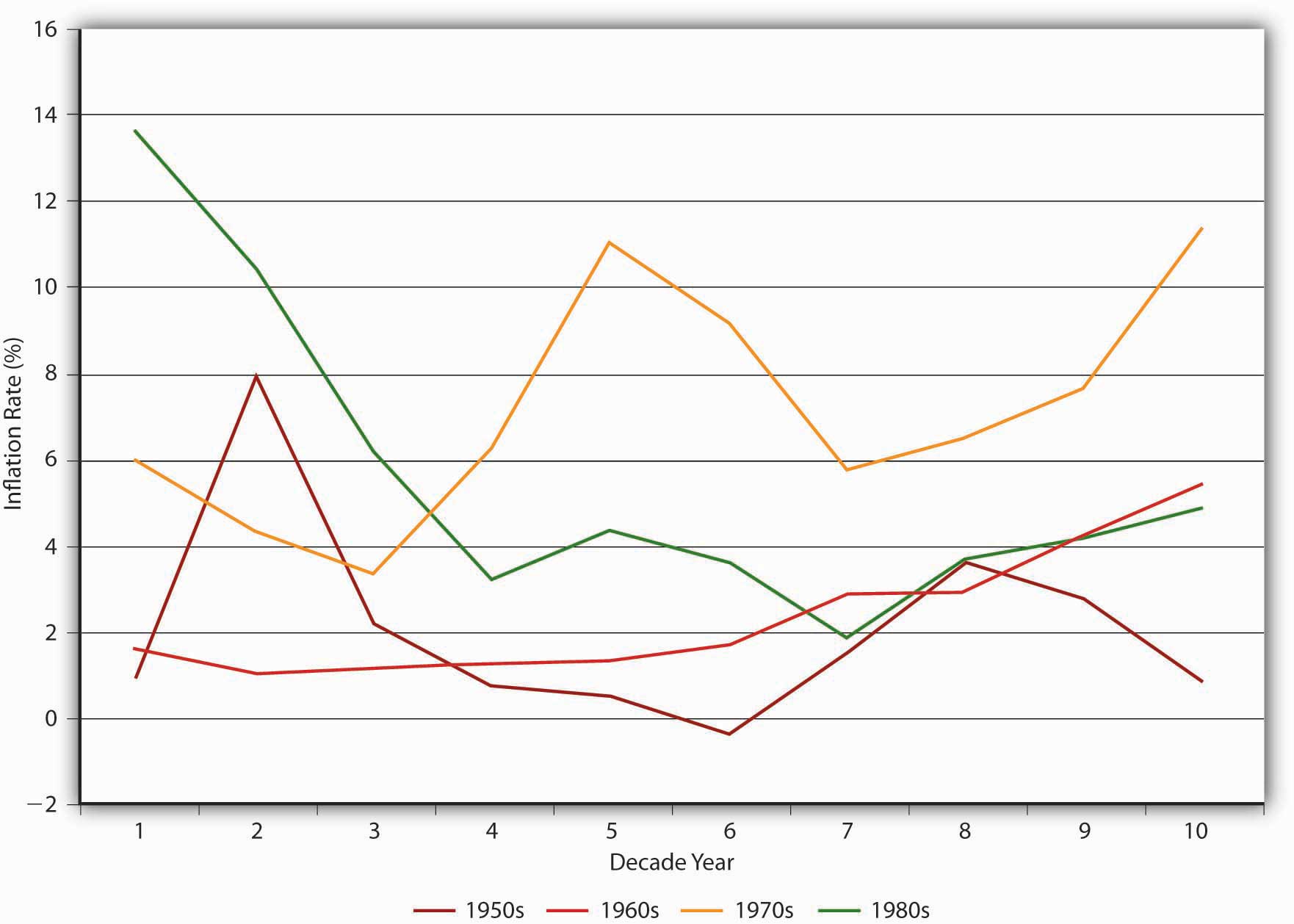 Bankers also responded to increased competition and disintermediation (removal of funds by depositors looking for better returns) by finding new and improved ways to connect to customers. ATMs (automated teller machines), for example, increased the liquidity of deposits by making it easier for depositors to make deposits and withdrawals during off hours and at locations remote from their neighborhood branch.

In the 1970s and 1980s, life insurance companies sought regulatory approval for a number of innovations, including adjustable-rate policy loans and variable annuities. Why? Hint: Policy loans are loans that whole life insurance policyholders can take out against the cash value of their policies. Most policies stipulated a 5 or 6 percent fixed rate. Annuities, annual payments made during the life of the annuitant, were also traditionally fixed.

Life insurance companies, like banks, were adversely affected by disintermediation during the Great Inflation. (In other words, policyholders, like bank depositors, reduced the amount that they lent to insurers.) Policyholders astutely borrowed the cash values of their life insurance policies at 5 or 6 percent, then re-lent the money to others at the going market rate, which was often in the double digits. By making the policy loans variable, life insurers could adjust them upward when rates increased to limit such arbitrage. Similarly, fixed annuities were a difficult sell during the Great Inflation because annuitants saw the real value (the purchasing power) of their annual payments decrease dramatically. By promising to pay annuitants more when interest rates and inflation were high, variable-rate annuities helped insurers to attract customers.