The title of a book written by newspaper columnist Thomas Friedman attracted a great deal of attention when the book was released in 2005. In The World Is Flat: A Brief History of the 21st Century, Friedman argued that technological advances and increased interconnectedness is leveling the competitive playing field between developed and emerging countries. This means that companies exist in a “flat world” because economies across the globe are converging on a single integrated global system (Friedman, 2005). For executives, a key implication is that a firm being based in a particular country is ceasing to be an advantage or disadvantage.

While Friedman’s notion of business becoming a flat world is flashy and attention grabbing, it does not match reality. Research studies conducted since 2005 have found that some firms enjoy advantages based on their country of origin while others suffer disadvantages. A powerful framework for understanding how likely it is that firms based in a particular country will be successful when competing in international markets was provided by Professor Michael Porter of the Harvard Business School (Porter, 1990). The framework is formally known as “the determinants of national advantage,” but it is often referred to more simply as “the diamond model” because of its shape (Table 9.6).

Diamonds may be a country’s best friend. Around half of the world’s diamonds are mined in South Africa, giving that country a unique advantage in the global diamond industry. Porter’s Determinants of National Advantage (often referred to as the diamond model) includes four key dimensions that help explain why firms located in certain countries are more successful than others in particular industries.

According to the model, the ability of the firms in an industry whose origin is in a particular country (e.g., South Korean automakers or Italian shoemakers) to be successful in the international arena is shaped by four factors:

Japanese consumers are known for insisting on very high levels of quality, aesthetics, and reliability. Japanese automakers such as Honda, Toyota, and Nissan reap rewards from this situation. These firms have to work hard to satisfy their domestic buyers. Living up to lofty quality standards at home prepares these firms to offer high-quality products when competing in international markets. In contrast, French car buyers do not stand out as particularly fussy. It is probably not a coincidence that French automakers Renault and Peugeot have struggled to gain traction within the global auto industry.

Within the diamond model, demand conditions refer to the nature of domestic customers. Below we provide examples from the worldwide auto industry that illustrate how domestic customers influence firms’ ability to compete in the global arena. Demand conditions also help to explain why German automakers such as Porsche, Mercedes-Benz, and BMW create excellent luxury and high-performance vehicles. German consumers value superb engineering. While a car is simply a means of transportation in some cultures, Germans place value on the concept of fahrvergnügen, which means “driving pleasure.” Meanwhile, demand for fast cars is high in Germany because the country has built nearly eight thousand miles of superhighways known as autobahns. No speed limits for cars are enforced on more than half of the eight thousand miles. Many Germans enjoy driving at 150 miles per hour or more, and German automakers must build cars capable of safely reaching and maintaining such speeds. When these companies compete in the international arena, the engineering and performance of their vehicles stand out.

Factor conditions refer to the nature of raw material and other inputs that firms need to create goods and services (Table 9.8). Examples include land, labor, capital markets, and infrastructure. Firms benefit when they have good access to factor conditions and face challenges when they do not. Companies based in the United States, for example, are able to draw on plentiful natural resources, a skilled labor force, highly developed transportation systems, and sophisticated capital markets to be successful. The dramatic growth of Chinese manufacturers in recent years has been fueled in part by the availability of cheap labor.

The factor conditions in a country serve as the basic building blocks of doing business within the country. Below are examples of how important factor conditions have provided competitive advantages for firms based in certain different countries.

In some cases, overcoming disadvantages in factor conditions leads companies to develop unique skills. Japan is a relatively small island nation with little room to spare. This situation has led Japanese firms to be pioneers in the efficient use of warehouse space through systems such as just-in-time inventory management (JIT). Rather than storing large amounts of parts and material, JIT management conserves space—and lowers costs—by requiring inputs to a production process to arrive at the moment they are needed. Their use of JIT management has given Japanese manufacturers an advantage when they compete in international markets. Figure 9.12: American furniture makers benefit from the abundance of high-quality lumber in the United States.

The Beatles’ legendary songwriting team of Lennon and McCartney once wrote that they got by “with a little help from my friends.” In Porter’s diamond model, the presence of strong friends in the form of related and supporting industries is one of the keys to national advantage. We provide examples of American industries that excel internationally due in part to help from supporting industries.

Could Italian shoemakers create some of the world’s best shoes if Italian leather makers were not among the world’s best? Possibly, but it would be much more difficult. The concept of related and supporting industries refers to the extent to which firms’ domestic suppliers and other complementary industries are developed and helpful (Table 9.9). Italian shoemakers such as Salvatore Ferragamo, Prada, Gucci, and Versace benefit from the availability of top-quality leather within their home country. If these shoemakers needed to rely on imported leather, they would lose flexibility and speed. Figure 9.13: Fine Italian shoes, such as those found at the famous Via Montenapoleone in Milan, are usually made of fine Italian leather.

The auto industry is a setting where related and supporting industries are very important. Electronics are key components of modern vehicles. South Korean automakers Kia and Hyundai can leverage the excellent electronics provided by South Korean firms Samsung and LG. Similarly, Honda, Nissan, and Toyota are able to draw on the skills of Sony and other Japanese electronics firms. Unfortunately, for French automakers Renault and Peugeot, no French electronics firms are standouts in the international arena. This situation makes it difficult for Renault and Peugeot to integrate electronics into their vehicles as effectively as their South Korean and Japanese rivals.

In extreme cases, the poor condition of related and supporting industries can undermine an operation. Otabo LLC, a small custom shoe company, was forced to shut down its Florida factory as it struggled to find technicians that had the skills needed to fix its shoe making machines. Meanwhile, there are very few suppliers of shoelaces, soles, eyelets, and other components in the United States because about 99% of the shoes purchased in the United States are imported, mostly from China. The few available suppliers were unwilling to create the small batches of customized materials that Otabo wanted. In the end, the American factory simply could not get access to many of the supplies needed to create shoes (Aeppel, 2008). Production was shifted to China, where all the needed supplies can be found easily and cheaply.

The concept of firm strategy, structure, and rivalry within the diamond model refers to how challenging it is to survive domestic competition. When domestic competition is fierce, the survivors are well prepared for the international arena. Below we offer examples of some of the most renowned exports that have resulted from the intense competition in domestic markets.

The concept of firm strategy, structure, and rivalry refers to how challenging it is to survive domestic competition (Table 9.10). The Olympics offer a good analogy for illustrating the positive aspects of very challenging domestic situations. If the competition to make a national team in gymnastics is fierce, the gymnasts who make the team will have been pushed to stretch their abilities and performance. In contrast, gymnasts who faced few contenders in their quest to make a national team will not have been tested with the same level of intensity. When the two types meet at the Olympics, the gymnasts who overcame huge hurdles to make their national teams are likely to have an edge over athletes from countries with few skilled gymnasts. 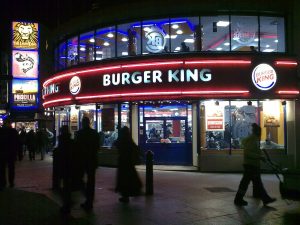 Companies that have survived intense rivalry within their home markets are likely to have developed strategies and structures that will facilitate their success when they compete in international markets. Hyundai and Kia had to keep pace with each other within the South Korean market before expanding overseas. The leading Japanese automakers, Honda, Nissan, and Toyota, have had to compete not only with one another but also with smaller yet still potent domestic firms such as Isuzu, Mazda, Mitsubishi, Subaru, and Suzuki. In both examples, the need to navigate potent domestic rivals has helped firms later become fearsome international players.

If, in contrast, domestic competition is fairly light, a company may enjoy admirable profits within its home market. However, the lack of being pushed by rivals will likely mean that the firm struggles to reach its potential in creativity and innovation. This undermines the firm’s ability to compete overseas and makes it vulnerable to foreign entry into its home market. Because neither Renault nor Peugeot has been a remarkable innovator historically, these French automakers have enjoyed fairly gentle domestic competition. Once the auto industry became a global competition, however, these firms found themselves trailing their Asian rivals.

Porter’s Diamond explained with an example [03:07]

The video for this lesson explains the Porter’s Diamond framework by using an example.

You can view this video here: https://youtu.be/NM5Lwj-RZ34.