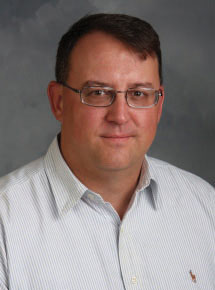 I attribute my enduring interest in money and banking, political economy, and economic history to the troubled economic conditions of my youth. Born in 1969 in Rochester, New York, to two self-proclaimed factory rats, I recall little of my earliest days except the Great Inflation and oil embargo, which stretched the family budget past the breaking point. The recession in the early 1980s also injured my family’s material welfare and was seared into my brain. My only vivid, noneconomic memories are of the Planet of the Apes films (all five of them!) and the 1972 Olympics massacre in Munich; my very young mind conflated the two because of the aural similarity of the words gorilla and guerilla.

After taking degrees in history from Buffalo State College (B.A., 1990) and the University of Buffalo (M.A., 1994; Ph.D., 1997), I began teaching a variety of courses in business, economics, evolutionary psychology, finance, history, and sociology at Temple University, the University of Virginia, sundry liberal arts colleges, New York University’s Stern School of Business, and, since 2009, Augustana College (the one in South Dakota, not the one in Illinois), where I am additionally the director of the Thomas Willing Institute for the Study of Financial Markets, Institutions, and Regulations. I’ve also been an active researcher, editing, authoring, and coauthoring books about the development of the U.S. financial system (Origins of Commercial Banking, Hamilton Unbound, Wealth of Nations Rediscovered, The First Wall Street, Financial Founding Fathers, One Nation Under Debt), construction economics (Broken Buildings, Busted Budgets), life insurance (Mutually Beneficial), publishing (Knowledge for Generations), bailouts (Bailouts), public policy (Fubarnomics), and investments (The Wall Street Journal Guide to the 50 Economics Indicators That Really Matter). Due to my unique historical perspective on public policies and the financial system, I’ve also become something of a media maven, showing up on NPR and other talk radio stations, as well as various television programs, and getting quoted in major newspapers like the Wall Street Journal, New York Times, Chicago Tribune, and the Los Angeles Times. I publish op-eds and make regular public speaking appearances nationally and, increasingly, internationally. I am also active in the Museum of American Finance and sit on the editorial board of its magazine, Financial History.

I wrote this textbook because I strongly believe in the merits of financial literacy for all. Our financial system struggles sometimes in part because so many people remain feckless financially. My hope is that people who read this book carefully, dutifully complete the exercises, and attend class regularly will be able to follow the financial news and even critique it when necessary. I also hope they will make informed choices in their own financial lives.