As Figure 18.6 "South Africa-United States exchange rate, June 2006" shows, exchange rates can be very volatile. In a single month (June 2006), the South African rand depreciated from about 6.6 to 7.4 rand to 1 USD, with various ups and downs along the way. The rand then reversed course and appreciated toward 7.1 rand/USD. Such fluctuations are by no means unusual. Why do exchange rates undergo such gyrations? Figure 18.7 "Determinants of exchange rates in the short run" summarizes the major factors affecting exchange rates in the short run. Note that it looks very much like Figure 18.5 "Determinants of exchange rates in the long run" but with three key differences. First, instead of actual relative price levels, trade barriers, exports, imports, and productivity driving changes, expectations of their future direction drive changes. This should not be surprising given the basic rationality of most financial markets. Second, two additional variables have entered the equation: foreign and domestic interest rates. The intuition behind the first variables is the same as those discussed above, but in the short run, the mere expectation of a change in a variable moves the market. The intuition behind the interest rates is also straightforward. If something increases demand for the domestic currency, like domestic interest rates increasing or foreign interest rates decreasing, it will appreciate. If something reduces demand for the domestic currency, like domestic interest rates decreasing or foreign interest rates increasing, it will depreciate. Because expectations and interest rates change frequently, so, too, do exchange rates under the current floating rate regime. 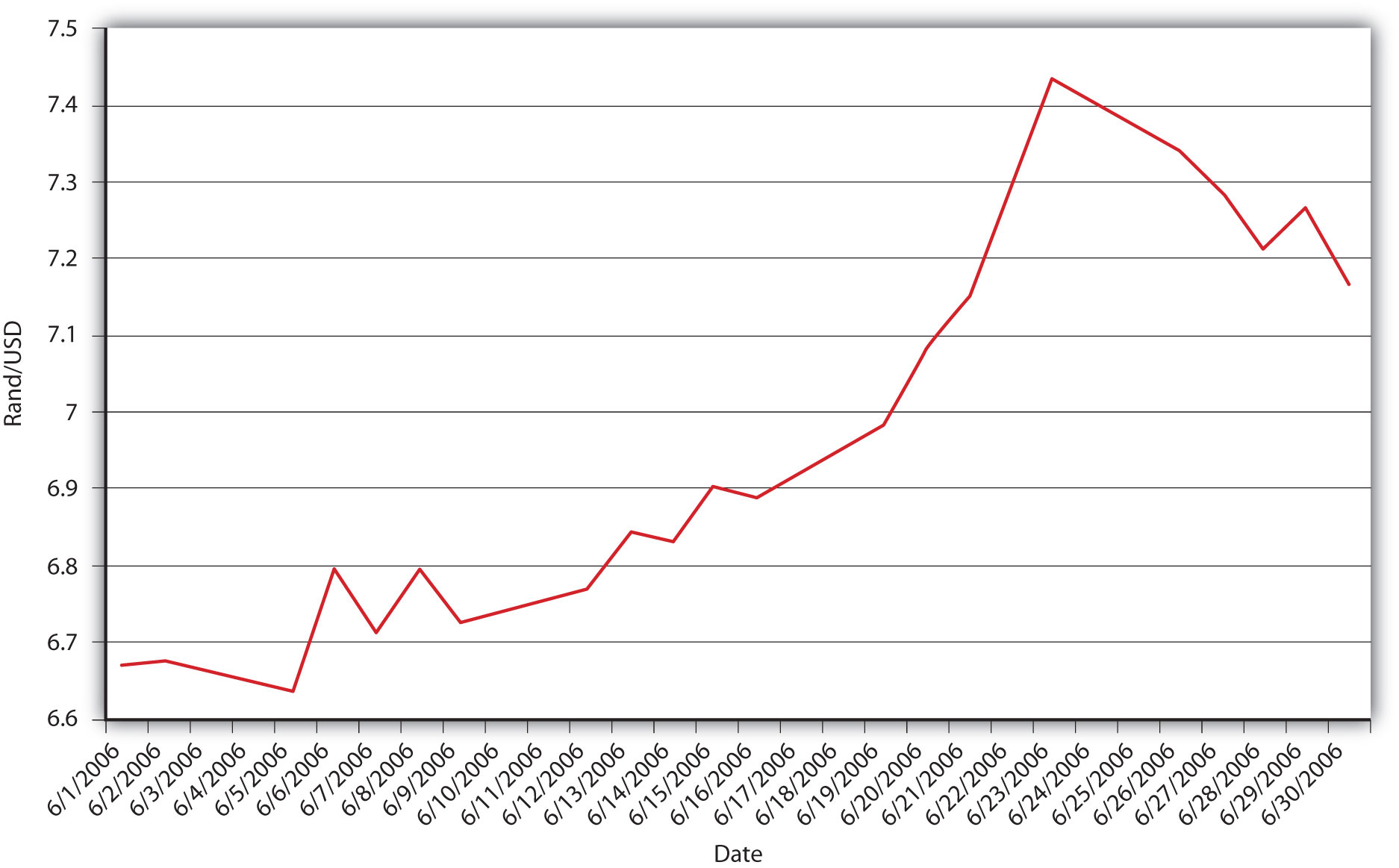 Figure 18.7 Determinants of exchange rates in the short run 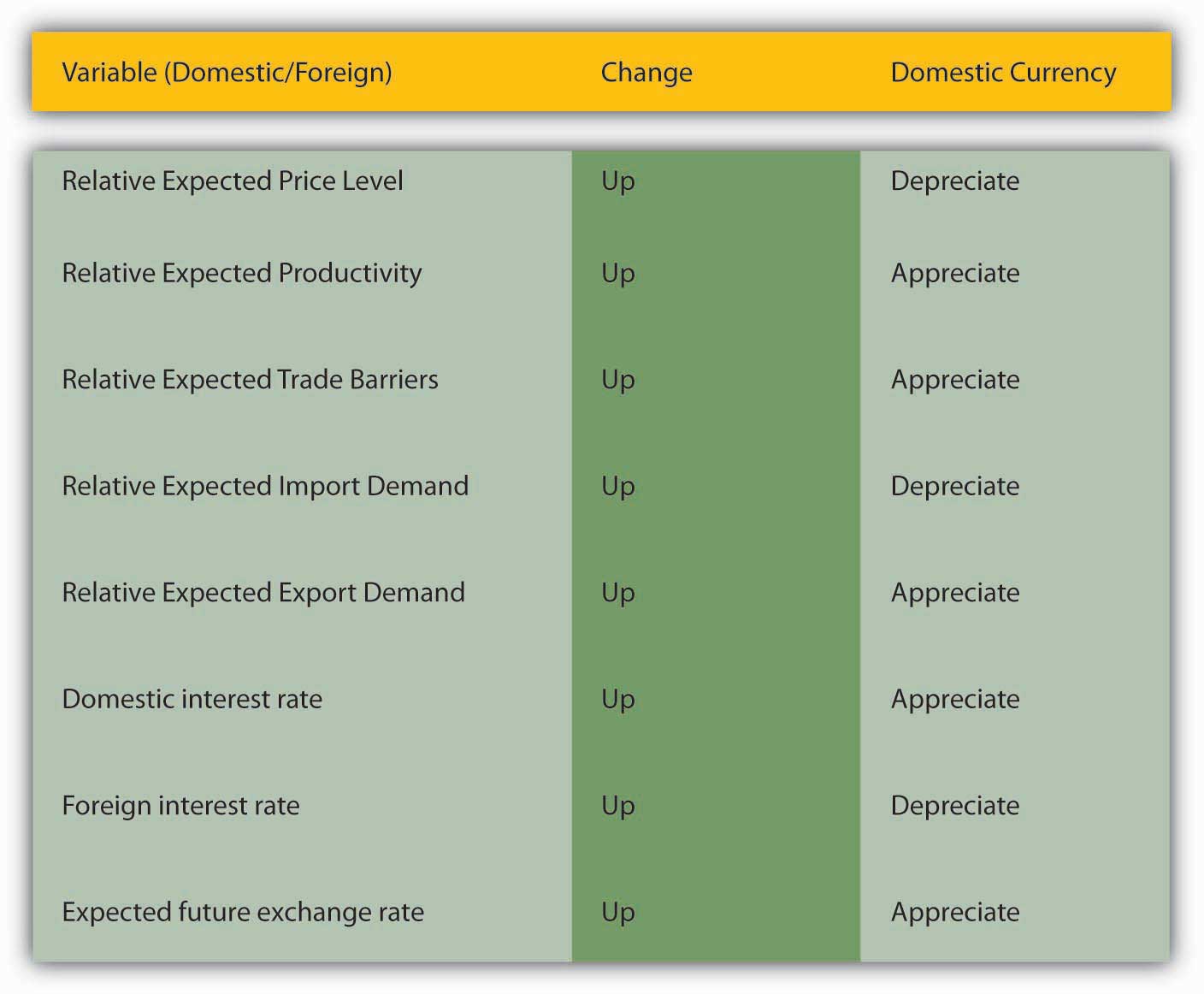 Increases in the growth rate of the money supply will eventually cause the price level to increase, but its effect on nominal interest rates in the short term can vary: rates can dip strongly, then rebound but remain permanently lower than the previous level, decrease temporarily before increasing permanently, or increase immediately. What does this mean for the market for foreign exchange?

The fact that a major short-run determinant of the exchange rate, foreign and domestic interest rates, moves around a lot helps to explain why the foreign exchange market is volatile. That market is also volatile because expectations of many things, including future differential price levels, productivity, and trading levels, will affect it via the expected future exchange rate (the Eefvariable in the equation introduced below).

As noted above, the markets for foreign exchange and bonds/deposits are highly competitive and efficient, so we wouldn’t expect discrepancies in returns to last long. The law of one price, of course, applies most stringently to financial markets in which international capital mobility is allowed because huge sums of money (deposits) can be sent hither and thither almost immediately and cost-free, ideal conditions for the law of one price to prevail. So what economists call the interest parity condition often holds (is true). More formally,