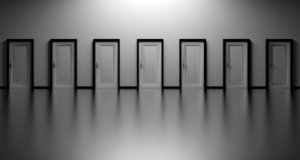 How might ethics affect the decisions you make as an employee?

The 2016 presidential election showed how much people can disagree on the relative importance of ethical issues. Opinions that were anathema in prior elections became common, because people saw that other issues, economic issues, were neglected in the push for political correctness. Similarly in business, a manager must prioritize issues. Each issue will be unique in some ways, but there are some general factors to guide a decision. Ethical intensity is the degree of importance of an issue for an individual or group. The factors that determine ethical intensity include the following:

The significance of the consequences refers to the total harm or benefit that follows from the decision. If a few customers were overcharged a small amount by mistake, it may not be worth correcting the mistake. If thousands were overcharged, then the ethical intensity is much higher. If the overcharged customers are friends or neighbors (proximity), it becomes more important to address the issue.

Drug companies often deal in probabilities of harm. A drug may help many people, but there is a chance that it will harm a small number. The measles, mumps, and rubella (MMR) vaccine can cause serious side effects. The company and the Food and Drug Administration (FDA) trade off the benefit to millions and risk of harm to a few in an ethical decision. After much debate, society has developed a consensus that this is the best course. Other behaviors blessed by social consensus in the United States are considered unfair or illegal in other countries. For example, some food dyes banned in the United Kingdom are widely used in the United States.

Some consequences are distant in time. People deal well with issues where they can see the consequences quickly. The fire retardant benefit of asbestos was easy to see. The lung cancers from exposure often did not appear for 30 to 40 years. It took 50 years for lawmakers to make the ethical choice after the dangers were recognized. The perspective taken based on the intensity factors can vary between individuals and groups. Reaching a decision in a group setting like a company can take a long time.

After ethical intensity, a thoughtful manager will consider the principles that might apply to an issue. There is no one set of principles to check off, but the seven listed here are common to most people.

Watch the following video for an overview of the ethical decision making process: A YouTube element has been excluded from this version of the text. You can view it online here: http://pb.libretexts.org/pom/?p=478

You can view the transcript for “Integrating Ethics: Ethical Decision-Making” here (opens in new window).

Achieving an ethical outcome while being guided by these principles is not always simple. Each individual has a different combination of perceptions, moral codes, interests, religious beliefs, convictions, and motives. Furthermore, what may be morally sound to one individual may be unethical to another. What may harm one individual or group may benefit another. Therefore, managers often disagree about what is considered ethical.

For example, UTP, which is devoted to treating employees well, often runs into ethical issues. The company experienced a growth spurt about 10 years ago, and senior executives decided to have a larger building constructed to provide a more comfortable and spacious working environment for its employees. It also planned to continue growing, so a larger building was designed than was projected to be needed at the time.

New hires were placed in smaller offices until these offices were also filled. After a couple of years, a midsize office became available when one midlevel manager, who had been with the company for more than 20 years, retired. However, the office sat vacant for about a year because senior executives did not want to offend any of the recently hired midlevel managers by offering one of them that office. The company needed to replace the retired employee, which meant the office had to be filled.

The ethical issue was whether to give the midsize office to an employee who started with the company 17 years prior as a nonmanagerial employee and then was promoted to midlevel manager or to the recently hired and ambitious midlevel manager with an advanced degree. Each decision could be considered fair to one individual and unfair to the other, depending on the views of those involved. For each individual involved, the principle of utilitarianism would influence the decision and be used to determine fairness. It would be in the best interest of the individual who does not get the office to focus on other benefits of being employed by the company rather than the perceived injustice of losing the office battle because the situation is not very ethically intense.