Globalization is typically associated to the creation of world-spanning free market and global reach of capitalist systems resulting from technological advances (Back, Bennett, Edles, Gibson, Inglis, Jacobs, and Woodward 2012). However, globalization has the unintended consequences of connecting every person in the world to each other. In this era, everyone’s life is connected to everyone else’s life in obvious and hidden ways (Albrow 1996). A food production shortage in the United States effects the overall economic and physical well-being and livelihoods of people throughout the world in an obvious way. Our hidden connections stem from the individuals who grow, produce, and transport the food people eat. It is easier for people to recognize the big picture or macrosociological influences we have on each other, but sometimes harder to recognize the role individuals have on each other across the globe. 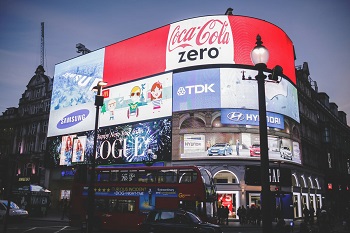 Globalization also influences our cultural identity and affinity groups. Technology allows us to eliminate communication boundaries and interact with each other on a global scale.

Globalization lends itself to cultural homogenization that is the world becoming culturally similar (Back et al. 2012). However, the cultural similarities we now share center on capitalist enterprises including fashion and fast food. Globalization has resulted in the worldwide spread of capitalism (Back et al. 201). Transnational corporations or companies with locations throughout the world like McDonald’s, Coca-Cola, and Nike dominate the global market with goods and services spreading and embedding their cultural artifacts on a global scale. These corporations increase the influence of global practices on people’s lives that sometimes result in economic and social consequences including closing factories in one country and moving to another where costs and regulations are lower.

Along with people throughout the world becoming culturally similar, sociologists also recognize patterns of cultural heterogenization where aspects of our lives are becoming more complex and differentiated resulting from globalization. Our social relationships and interactions have become unconstrained by geography (Back et al.). People are no longer restricted to spatial locales and are able to interact beyond time and space with those sharing common culture, language, or religion (Giddens 1990; Kottak and Kozaitis 2012). People can travel across the globe within hours, but also connect with others by phone or the Internet within seconds. These advancements in technology and communications alters what people perceive as close and far away (Back et al. 2012). Our social and cultural arrangements in an era of globalization are adapting and changing the way we think and act.

We are moving beyond local, state, and national identities to broader identities developing from our global interactions forming transnational communities. A key cultural development has been the construction of globality or thinking of the whole earth as one place (Beck 2000). Social events like Earth Day and the World Cup of soccer are examples of globality. People associate and connect with each other in which they identify. Today people frame their thinking about who they are within global lenses of reference (Back et al. 2012). Even in our global and virtual interactions, people align themselves with the affinity groups relative to where they think they belong and will find acceptance. Think about your global and virtual friend and peer groups. How did you meet or connect? Why do you continue to interact? What value do you have in each other’s lives even though you do not physical interact?

Research three online sources on how online interactions and social media influence human social life such as the following:

The Future of the Web May Not be Social by Mitch Joel (https://www.youtube.com/watch?v=xh0obyhZPM8)