There are correlations between the degree of religious belief in society and social factors like mortality rates, wealth and happiness.

Research indicates that in prosperous democracies, higher rates of belief in and worship of a creator correlate with higher rates of homicide, juvenile and early adult mortality, STD infection rates, teen pregnancy, and abortion. As author Stephen Law paraphrases in his book “War For the Children’s Mind,” “The most theistic prosperous democracy, the U.S., is exceptional, but not in the manner Franklin predicted. The United States is almost always the most dysfunctional of the developed democracies, sometimes spectacularly so…The view of the U.S. as a ‘shining city on the hill’ to the rest of the world is falsified when it comes to basic measures of societal health. ” In other words, the U.S., a theistic and prosperous nation, demonstrates that religiosity doesn’t necessarily correlate with creating cultures that reduce death.

The study also notes that more secular, pro-evolution societies come closer to “cultures of life. ” Although these countries are far from perfect, they have, for example, low rates of lethal crime. The authors conclude that the reasonable success of non-religious democracies like Japan, France and Scandinavia has refuted the idea that Godless societies suffer disaster. They add, “Contradicting these conclusions requires demonstrating a positive link between theism and societal conditions in the first world with a similarly large body of data – a doubtful possibility in view of the observable trends. ”

BBC news reported on a study that attempted to use mathematical modeling to predict future religious orientations of populations. The study suggests that religion is headed towards “extinction” in various nations where it has been on the decline: Australia, Austria, Canada, the Czech Republic, Finland, Ireland, the Netherlands, New Zealand and Switzerland. The model considers not only the changing number of people with certain beliefs, but also attempts to assign utility values of a belief as per each nation.

Americans and Religion: A recent Pew survey reveals that, although the majority of Americans may consider themselves to be religious, many are in fact unaware of basic tenets concerning their faith. Byron Pitts reports.

A U.S. study conducted by sociology researcher Lisa A. Keister found that Jewish and Episcopalian adherents attained the most wealth. Believers of Catholicism and mainline Protestants were in the middle, and conservative Protestants accumulated the least wealth. In general, people who attend religious services achieved more wealth than those who do not (taking into account variations of education and other factors). The researcher suggests that wealth accumulation is shaped by family processes.

The median net worth of people believing in the Jewish religion is calculated at $150,890, while the median net worth of conservative Protestants (including Baptists, Jehovah’s Witnesses, Seventh-day Adventists, and Christian Scientists) was found at $26,200. The overall median in the dataset was $48,200.

Religion and happiness have been studied by a number of researchers. The science of positive psychology has identified many components of happiness, and religion seems adapted to satisfy many of them. Some research suggests that both non-religious and religious meaning systems can be quite effective when it comes to managing death anxiety, and that the latter have a few additional advantages.

Surveys by Gallup, the National Opinion Research Center and the Pew Organization conclude that spiritually committed people are twice as likely to report being “very happy” than the least religiously committed people. An analysis of over 200 social studies contends that “high religiousness predicts a lower risk of depression and drug abuse and fewer suicide attempts, and more reports of satisfaction with sex life and a sense of well-being. ” A review of 498 studies published in peer-reviewed journals concluded that a large majority of them showed a positive correlation between religious commitment and higher levels of perceived well-being and self-esteem and lower levels of hypertension, depression, and clinical delinquency.

A meta-analysis of 34 recent studies published between 1990 and 2001 found that religiosity has a salutary relationship with psychological adjustment related to less psychological distress, more life satisfaction and better self-actualization. Finally, a recent systematic review of 850 research papers concluded that “the majority of well-conducted studies found that higher levels of religious involvement are positively associated with indicators of psychological well-being (life satisfaction, happiness, positive affect and higher morale) and less with depression, suicidal thoughts and behavior, and drug/alcohol use/abuse. ” 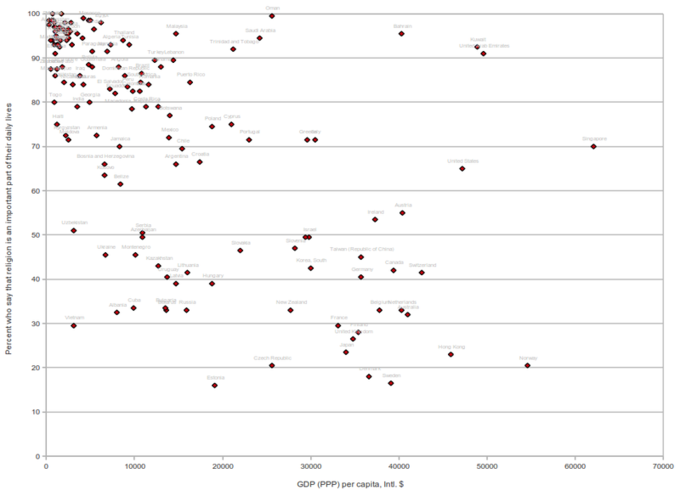 Religion versus GDP per Capita: Wealth and religion 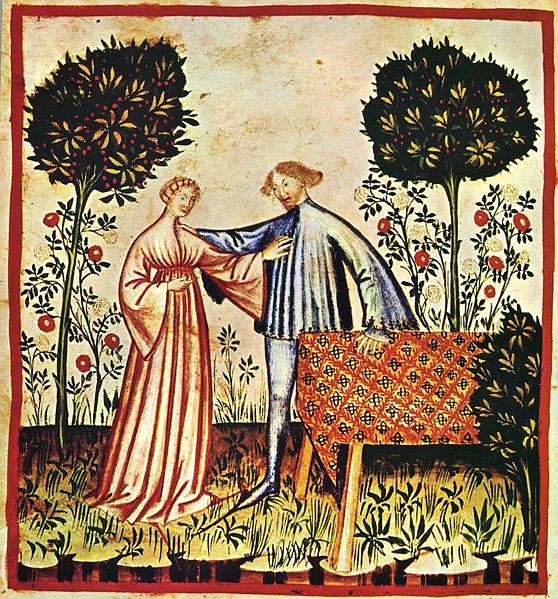 Religion and happiness: The science of positive psychology has identified many components of happiness, and religion seems adapted to satisfy many of them. Some research suggests that both non-religious and religious meaning systems can be quite effective when it comes to managing death anxiety, and that the latter have a few additional advantages.