Protestantism is one of the major umbrella religions in the U.S., and is constantly evolving in response to political and social changes.

The Movement of Christianity to North America

Christianity was introduced to North America when Europeans began colonizing the continent in the 16th and 17th centuries. Spanish, French and British colonists brought Roman Catholicism to the colonies of New Spain, New France and Maryland, respectively. Colonists from Northern Europe, primarily from Great Britain, introduced Protestantism to a number of areas, including Massachusetts Bay Colony, New Netherlands, the Virginia colony, the Carolina Colony, Newfoundland, Labrador, and Lower Canada. These early Protestant settlers represented a diversity of Protestant sects, including Anglicanism, Baptism, Congregationalism, Presbyterianism, Lutheranism, Quakerism, the Mennonite Church and the Moravian Church.

Evangelicalism and the Great Awakening

Evangelicalism in Protestantism is difficult to both date and define. Scholars have argued that, as a self-conscious movement, evangelicalism did not arise until the mid-17th century, perhaps not until the Great Awakening. The fundamental premise of evangelicalism is that individuals can be converted, through preaching the Word, from a state of sin to a “new birth. ” The Great Awakening refers to a northeastern Protestant revival movement that took place in the 1730s and 1740s.

The first generation of New England Puritans required that church members undergo a conversion experience that they could then describe publicly. While initially popular, their descendants were not as successful in reaping the harvests of redeemed souls. The initial movement began with Jonathan Edwards, a Massachusetts preacher who sought to return to the Pilgrims’ strict Calvinist roots. British preacher George Whitefield, as well as other itinerant preachers, spread the movement, traveling across the colonies and preaching in a dramatic and emotional style. Followers of Edwards, and other preachers of similar religiosity, called themselves the “New Lights” in contrast to the “Old Lights,” who disapproved of their movement. To promote their viewpoints, the two sides established academies and colleges, including Princeton and Williams College. The Great Awakening has been called the first truly American event.

The supporters of the Awakening and its evangelical thrust, Presbyterians, Baptists, and Methodists, became the largest American Protestant denominations by the first decades of the 19th century. By the 1770s, the Baptists were growing rapidly both in the North (where they founded Brown University), and in the South. Opponents of the Awakening or those split by it, Anglicans, Quakers, and Congregationalists, were left behind.

The Christianity of the black population was grounded in evangelicalism. The Second Great Awakening has been called the “central and defining event in the development of Afro-Christianity. ” During this movement, Baptists and Methodists converted large numbers of blacks. However, many were disappointed at the treatment they received from their fellow believers. They were also disappointed that Baptists and Methodists, many of whom had advocated for abolition after the American Revolution, ended up backsliding on that commitment. When their discontent could not be contained, forceful black leaders followed what was becoming an American habit, and they formed new denominations. In 1787, Richard Allen and his colleagues in Philadelphia broke away from the Methodist Church and, in 1815, they founded the African Methodist Episcopal (AME) Church. This church, along with independent black Baptist congregations, flourished as the century progressed.

The Federal Council of Churches, founded in 1908, marked the first major expression of a growing, modern ecumenical movement among Christians in the United States. It was active in advocating for the reform of public and private policies, particularly as they impacted the lives of impoverished people. This council developed a comprehensive and widely debated Social Creed, which served as a humanitarian “bill of rights” for those seeking improvements in American life.

As the center of community life, Black churches played a leadership role in the Civil Rights Movement. Their history, as a focal point for the Black community, and as a link between the Black and White worlds, made them natural for this purpose. Rev. Martin Luther King, Jr. was but one of many notable Black ministers involved in the movement. He helped found the Southern Christian Leadership Conference (1957), serving as its first president. King received the Nobel Peace Prize for his efforts to end segregation and racial discrimination through non-violent civil disobedience. He was assassinated in 1968. 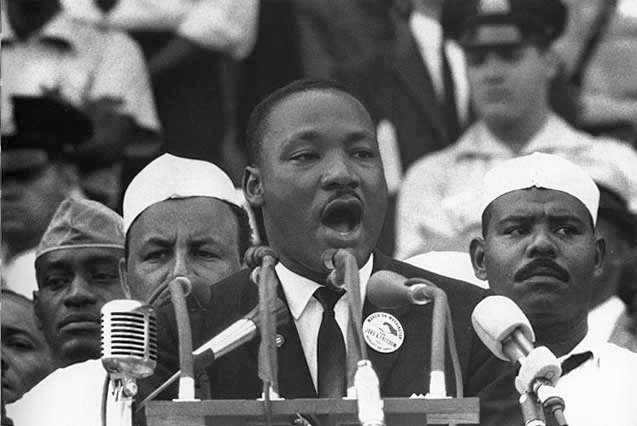 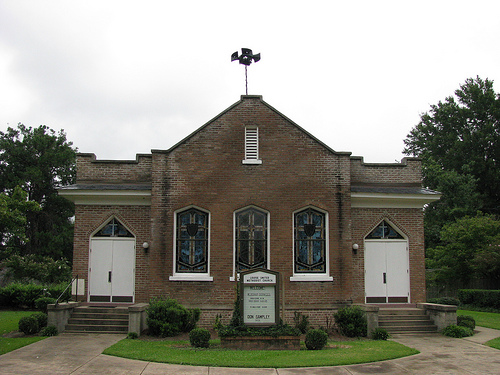