Religious symbolism is the use of acts, artwork, and events to create a mythos expressing the teachings of the religion.

Religious symbolism is the use by a religion of symbols including archetypes, acts, artwork, events, or natural phenomena. Religions view religious texts, rituals and works of art as symbols of compelling ideas or ideals. Symbols help create a resonant mythos expressing the moral values of the society or the teachings of the religion, foster solidarity among adherents, and bring adherents closer to their object of worship.

The symbolism of the early Church was characterized as being understood by initiates only. After the legalization of Christianity in the 4th-century, more recognizable symbols were put in use. Christianity has borrowed from the common stock of significant symbols known to most periods and to all regions of the world. 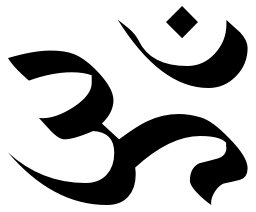 The study of religious symbolism is either universalist, a component of comparative religion and mythology, or seen in a localized scope within the confines of a religion’s limits and boundaries. Universalism refers to religious, theological and philosophical concepts with universal application or applicability. Religion in this context is defined as a set of beliefs concerning the cause, nature and purpose of the universe. This is especially true when religion is considered the creation of a superhuman agency or agencies, usually involving devotional and ritual observances containing a moral code governing the conduct of human affairs.

Comparative religion concerns the systematic comparison of the world’s religions. There are many benefits to such a course of inquiry, but in general the comparative study of religion yields a deeper understanding of the fundamental philosophical concerns of religion, including ethics, metaphysics and the nature and form of salvation.

Religious symbolism is effective when it appeals to both the intellect and the emotions. The choice of suitable acts and objects is narrow enough that it would not be easy to avoid the appearance of an imitation of other traditions, even if there had been a deliberate attempt to invent an entirely new ritual.