The functionalist perspective, which originates from Emile Durkheim’s work on religion, highlights the social role of religion.

The structural-functional approach to religion has its roots in Emile Durkheim’s work on religion. Durkheim argued that religion is, in a sense, the celebration and even (self-) worship of human society. Given this approach, Durkheim proposed that religion has three major functions in society: it provides social cohesion to help maintain social solidarity through shared rituals and beliefs, social control to enforce religious-based morals and norms to help maintain conformity and control in society, and it offers meaning and purpose to answer any existential questions. Further, Durkheim placed himself in the positivist tradition, meaning that he thought of his study of society as dispassionate and scientific. He was deeply interested in the problem of what held complex modern societies together. Religion, he argued, was an expression of social cohesion.

Religion, for Durkheim, is not imaginary, although he does deprive it of what many believers find essential. Religion is very real; it is an expression of society itself, and indeed, there is no society that does not have religion. We perceive as individuals a force greater than ourselves and give that perception a supernatural face. We then express ourselves religiously in groups, which for Durkheim makes the symbolic power greater. Religion is an expression of our collective consciousness, which is the fusion of all of our individual consciousness, which then creates a reality of its own.

The primary criticism of the structural-functional approach to religion is that it overlooks religion’s dysfunctions. For instance, religion can be used to justify terrorism and violence. Religion has often been the justification of, and motivation for, war. In one sense, this still fits the structural-functional approach as it provides social cohesion among the members of one party in a conflict. For instance, the social cohesion among the members of a terrorist group is high, but in a broader sense, religion is obviously resulting in conflict without questioning its actions against other members of society. 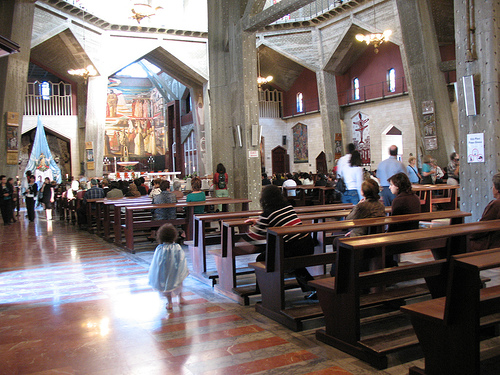