What you’ll learn to do: explain the stages of team development and the factors that contribute to team success

Building a well-functioning, cohesive team of people doesn’t happen overnight—it’s a process. In this section you will learn about the stages of team development and the factors that contribute to team success. 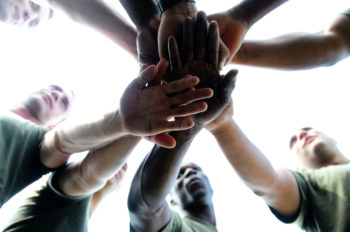 When teams develop, they move through a series of stages, beginning when they are formed and ending when they are disbanded. Bruce Tuckman identified four distinct stages of team development: forming, storming, norming, and performing. He later added a fifth stage, adjourning, which is especially important for self-directed teams and project-based teams that form to reach a specific goal. Each stage has a primary purpose and a common set of interpersonal dynamics among team members. Tuckman proposed that all of these stages are inevitable and even necessary parts of a successful team’s evolution.

The first step in a team’s life is bringing together a group of individuals. Individuals focus on defining and assigning tasks, establishing a schedule, organizing the team’s work, and other start-up matters. In addition to focusing on the scope of the team’s purpose and means of approaching it, individuals in the formation stage are also gathering impressions and information about one another. Since people generally want to be accepted by others, during this period they usually avoid conflict and disagreement. Team members may begin to work on their tasks independently, not yet focused on their relationships with fellow team members.

Marcus Enterprises has a new product—the Mouse Zapper 2000—that it believes could revolutionize home pest control. Mr. Marcus, the founder of the company has decided that putting together a product launch team is the way to proceed. He selects a group of five employees from across the company and creates the Mouse Zapper Team. He holds a kickoff meeting and shares with them his vision for the product and what he wants them to accomplish as a team: successfully introduce the product to the market within six months, maintain the company’s target profit margin of 25 percent, and ship at least ten thousand units from the warehouse in Poughkeepsie, New York. The team is formed at this initial meeting, and when Mr. Marcus leaves the meeting his confidence in the project is high.

Once their efforts are under way, team members need clarity about their activities and goals, as well as explicit guidance about how they will work independently and collectively. This leads to a period known as storming—because it can involve brainstorming ideas and also because it usually causes disruption. During the storming stage members begin to share ideas about what to do and how to do it that compete for consideration. Team members start to open up and confront one another’s ideas and perspectives.

Because storming can be contentious, members who are averse to conflict may find it unpleasant or even painful. This can decrease motivation and effort by drawing attention away from tasks. In some cases storming (i.e., disagreements) can be resolved quickly. Other times a team never leaves this stage and becomes stuck and unable to do its work. Patience and consideration toward team members and their views go a long way toward avoiding this problem.

Julia, the leader of the Mouse Zapper Team, comes to Mr. Marcus thirty days after the initial meeting. She has a laundry list of issues to discuss, and none of them is pleasant. Marcie from marketing has scheduled focus group sessions, but the final prototype of the Zapper will not be completed in time for the first session. John from production is having to pay overtime to get the prototype finished, which has angered Jim from finance because now he has to account for higher front-end costs that will eat into the targeted 25 percent profit margin. Jill from sales has missed the last two team meetings, and Julia thinks it’s because Marcie and Jim got into a heated discussion at an earlier team meeting, which led to Jim slamming his fist on the table and storming out of the room. At this point Julia just wants to get the project moving again.

Successfully moving through the storming stage means that a team has clarified its purpose and its strategy for achieving its goals. It now transitions to a period focused on developing shared values about how team members will work together. These norms of collaboration can address issues ranging from when to use certain modes of communication, such as e-mail versus telephone, to how team meetings will be run and what to do when conflicts arise. Norms become a way of simplifying choices and facilitating collaboration, since members have shared expectations about how work will get done.

Mr. Marcus sees Julia in the break room sixty days into the project and casually asks how things are going with the team and the Zapper. Julia reports that things have settled down and she feels like the team is working well together. She says that she met with each team member individually and explained their role in the project and gave them a chance to share any concerns they had. She spent a lot of time listening and taking notes. After the individual meetings, she had Joan from human resources come to a team meeting and conduct some team-building exercises and engaging teamwork activities. The result of the session with Joan was a Mouse Zapper Team vision statement that everyone agreed upon.

Once norms are established and the team is functioning as a unit, it enters the performing stage. By now team members work together easily on interdependent tasks and are able to communicate and coordinate effectively. There are fewer time-consuming distractions based on interpersonal and group dynamics. For this reason, motivation is usually high and team members have confidence in their ability to attain goals.

The Mouse Zapper Team begins to hold weekly meetings to share and track progress with all of the members. They have created a channel on the mobile app Slack so the team can instant-message all or some of the members. Communication is flowing in all directions, everyone is engaged, and it looks like they will meet the launch date originally set by Mr. Marcus at the first meeting. The cost of the Zapper is within the profit target, and production has assured everyone that they can produce the required number of Zappers. There are still times when members disagree and team leader Julia has to step in to referee, but the disagreements are quickly resolved and everyone is able to get back to the task at hand—getting the Mouse Zapper 2000 to market.

While these four stages—forming, storming, norming, and performing—are distinct and generally sequential, they often blend into one another and even overlap. A team may pass through one phase only to return to it. For example, if a new member joins the team, there may be a second brief period of formation while that person is integrated. A team may also need to return to an earlier stage if its performance declines. Team-building exercises are often done to help a team through its development process.

Bruce Tuckman, jointly with Mary Ann Jensen, added the adjourning stage to describe the final stretch of a team’s work together. It includes both the last steps of completing the task and breaking up the team. Some work teams are ongoing, like a development team in a software company, for example, so they may not actually “adjourn,” but they may still participate in aspects of this stage—by winding up a particularly intense period of collaboration, for example. For project-based teams that have been formed for a limited time period, this stage provides an opportunity to formally mark the end of the project. The team may decide to organize some sort of celebration or ceremony to acknowledge contributions and achievements before it disbands. The adjourning stage is an important way of providing closure, and it can help team members successfully move on to the next work project or team with the sense of a job well done.

Six months and three days after the initial formation of the Mouse Zapper Team, the loading dock of the Poughkeepsie, New York, warehouse is buzzing with excitement. There are balloons, music, cake, and streamers everywhere. The entire Mouse Zapper Team and Mr. Marcus are surrounded by employees and managers from every level within Marcus Enterprises. The celebration? A case of the Mouse Zapper 2000 has been loaded onto a UPS truck, and in that case is Mouse Zapper 2000 number 10,000—headed to a local hardware store in Cleveland, Ohio. The Mouse Zapper is a tremendous success, and the team has met its goals. After the truck pulls away from the loading dock, Mr. Marcus presents each team member with a company-logo lapel pin and a heartfelt thanks for doing such a good job. Now that the Mouse Zapper 2000 has launched, the individual team members will go back to their regular duties, but as Julia walks past Jim and Marcie, she hears Jim say, “I wonder what the next project will be?”

The way team members function as a group is as important to the team’s success as the quality of what it produces. There are many factors that play a role in team success, and the following is by no means an exhaustive list. However, teams that lack the factors below will likely struggle to function well. 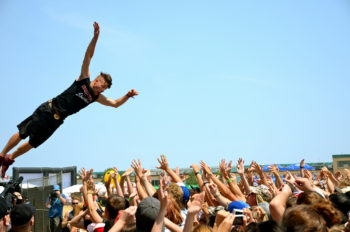 Effective communication is vital to team success; it’s important for the team to communicate well among its own members, as well as outside the team with relevant parts of the organization. Communication affects nearly every aspect of teamwork—from interpersonal discussions and the exchange of ideas to communication about progress and results.

Having a common goal helps team members build group cohesion and understand that they are working together with a common purpose. If the goal is vague or isn’t shared by all, team members may be confused about where their efforts should be directed or reluctant to contribute at all.

When team members have well-defined roles and responsibilities, they are better able to understand what is expected, stay on track, make appropriate contributions, and avoid duplicating other team members’ efforts.

Group cohesion arises when bonds link members of a team to one another and to the team as a whole. Members of strongly cohesive teams are more inclined to participate readily and to stay with the team. Cohesion is thought to develop from a heightened sense of belonging, task commitment, interpersonal and group-level attraction, and group pride. In a highly cohesive team, the members like being in the group and find it satisfying.